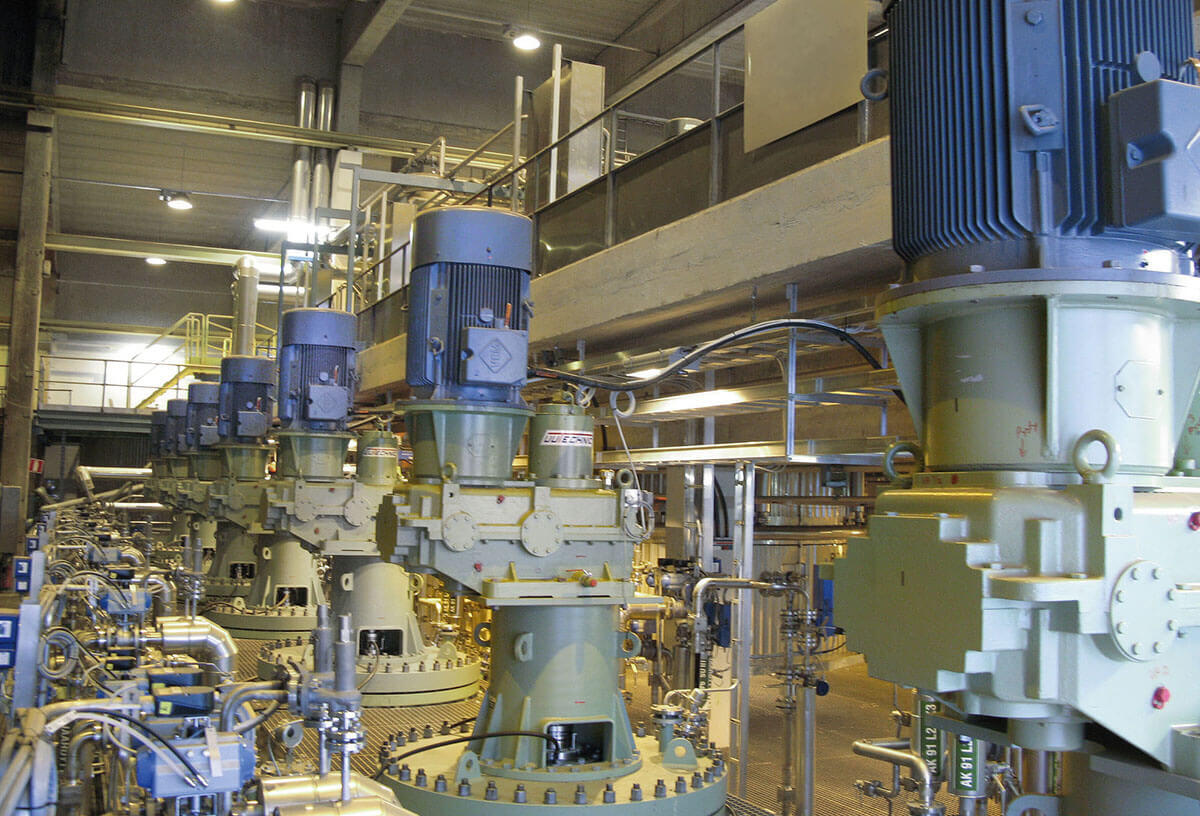 A battery raw material producer was ramping up a pressure oxidation leaching (POX) line. The leaching plant did not reach the planned capacity, because the planned solid feed did not flow through the reactor cascade and the realized oxygen utilization rate was low.

The cause of the problem was suspected to be inefficient agitation. The supplier of the plant’s autoclave agitators made several trials to solve the problem, but with unsatisfactory results. At this point, the customer contacted UTG.

Our investigation proved poor mixing to be the root cause of the low leaching capacity. UTG was then able to solve the problem, even though the existing installation set strict boundary conditions for system modifications and the
permissible duration of the shutdown.

It turned out that the design of the reactor’s original impeller configuration was faulty, causing the injected gas to flood the impeller. Combined with a poor baffle and outlet design, the flooding caused partial solid settling. The settling and poor gas utilization in turn limited the reactor’s leaching capacity.

The root cause of flooding and the resulting solid accumulation was solved by replacing the existing impeller with a new impeller designed especially for this type of application. At the same time, the baffles and outlet structures were also redesigned.

The solution was achieved without increasing the mixing power of the reactors, allowing the use of the existing drivetrains, motors and sealing systems. This enabled a fast-track, low-investment retrofit project with minimum shutdown.

The new solution was scaled up to industrial size, and the functioning of the new baffles and outlet structures were confirmed by numerical simulation (CFD).

The redesign of the agitator started by interviewing the customer’s operators and listening to their experiences with leaching. UTG took a sample of the leached material to the laboratory and simulated the mixing conditions in small scale to confirm the root cause. The impeller was then redesigned and the new leaching capacity defined by measuring the mass transfer rate of the new design.

Once the customer decided to retrofit the existing equipment, the lab-scale solution was scaled up to industrial size and the functioning of new baffles and outlet structures confirmed by numerical simulation (CFD).

The nameplate capacity of the reactor line was achieved with the retrofit taking just a couple of days of shutdown. Retrofitting the existing impellers and tank internals eliminated losses caused by insufficient capacity.

Further savings are achieved each day due to lower oxygen consumption.

Once the pressure oxidation leaching problem was successfully solved, the customer and UTG began studying performance upgrades for atmospheric leaching.